On July 4, just after 11 p.m. ET, the moon will begin its temporary new look. For exactly two hours and 45 minutes, the moon will pass through the feathered outer shadow cast from Earth, creating a partial penumbral lunar eclipse. 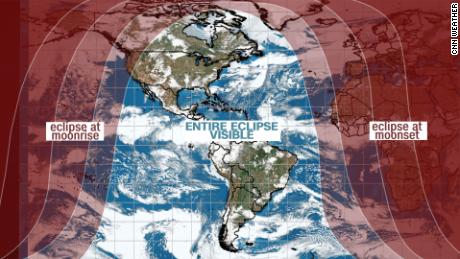 A penumbral lunar eclipse occurs when the moon passes through the faint penumbra shadow cast by Earth. The moon misses the Earth’s umbral shadow, which is best known for creating total and partial lunar eclipses.
This event might not be as illustrious as a partial or total lunar eclipse where parts of the moon seem to disappear. 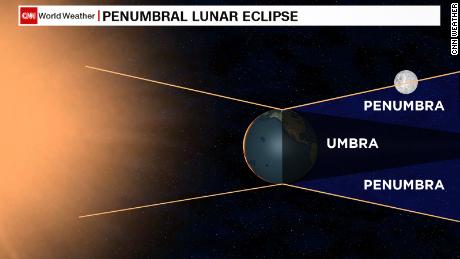 Still, a noticeable darkening of the moon’s surface will be visible without a telescope. The eclipse will begin at 11:07 p.m. ET and last through 1:52 a.m. ET, with peak darkening occurring just after midnight.

During this time, it will also peak as the full moon — nicknamed the Buck Moon — just after midnight on Sunday morning. It will appear opposite the Sun (in Earth-based longitude) at 12:44 a.m. ET, according to NASA.
“The Maine Farmer’s Almanac first published ‘Indian’ names for the full Moons in the 1930’s,” according to NASA. “According to this almanac, as the full Moon in July and the first full Moon of summer, the Algonquin tribes of what is now the northeastern United States called this full Moon the Buck Moon.”
The July full moon also has been called Thunder Moon, Hay Moon, Mead Moon, Rose Moon, Guru Moon and Dharma Day.
This event is just the beginning of an astronomical month.
If the clouds get in the way of your lunar eclipse viewing, mark your calendar for these other July astronomical events.

Saturn and Jupiter make their closest approach to Earth

A great meeting of planets, known by astronomers as a conjunction, will occur every night this summer. In mid-July, Jupiter and Saturn will make their closest approach to Earth in 20 years.
Expect a brighter than usual illumination of the planets as they take center stage across the horizon. Jupiter takes the cake, though, as it’s expected to outshine Saturn by 15 times.
The largest planets of our solar system will follow each other westward across the night sky.
They will be bundled brightly together overhead, creating their most dazzling display of the year.

The capstone of the July astronomy calendar will be marked by two meteor showers peaking on the same night.
At their peak, the Alpha Capricornids and the southern Delta Aquariids will provide roughly 20 to 25 visible meteors per hour. 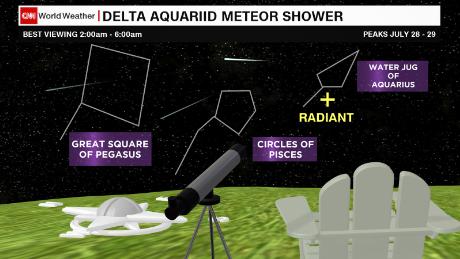 The event will happen on the evening of July 28, lasting into July 29.
The waning crescent moon and ideal summer temperatures will make for perfect viewing conditions for the dual July meteor showers.
Now we just need the clouds to participate, too, in hopes of clear skies to watch streaking meteors.

Sarah Tew/CNET It’s been a long time coming, but as of today Microsoft is officially…