A resident of Ulukhaktok, a fly-in Arctic community of about 400 residents in Canada’s Northwest Territories, the 20-year-old grew up with satellite internet, which continues to be the only option for the hamlet.

While the speeds were frustrating, it was an internet bill that finally pushed her to look into alternative ways to get internet access at home—$1,200, the cost for using 42 GB in a month.

‘It’s crazy expensive,” Okheena said. “We always had slow internet up there and it always made us frustrated and I always wanted to get faster internet.”

According to the website for Northwestel, the only internet service provider currently serving Ulukhaktok, the cheapest internet package for the community is a $41.95-a-month plan that comes with a 10 GB cap and maximum download and upload speeds of 768 Kbps and 128 Kbps, respectively.

That speed is just barely enough to get Netflix to play at basic, shot-on-a-flip-phone-camera quality.

Okheena is now helping to lead an effort by residents to deploy a community-built, owned and operated internet network, which will bring in LTE and allow the community to access the internet on its own terms.

It’s part of a growing movement of people taking internet infrastructure into their own hands.

As part of her effort to find solutions, Okheena participated in the Indigenous Connectivity Summit in Inuvik, a town about 670 kilometres away, last year. It’s an annual event hosted by the Internet Society, which is helping Ulukhaktok on its quest.

The society’s mission includes getting isolated communities online. Several Ulukhaktok residents, including Okheena, have been taking part in its online training on how to set up, maintain, and manage a network, with the goal of deploying one in the summer of 2020. The project has the support of both community members and the Inuvialuit Regional Corporation, a body that advocates for Inuvialuit interests (Ulukhaktok is within the Inuvialuit settlement region).

In theory, setting up a community network isn’t difficult—you just need to put up a large transmission tower somewhere in town and put an antenna on every house, basically creating a giant wifi network in a matter of days.

The tricky part after that is getting the local network connected to the global internet. In a place like Ulukhaktok, that means getting the biggest satellite dish you can find and partnering up with a company that will let you point your dish at their satellites.

Currently, satellite internet relies on geostationary satellites, which orbit around the equator and can result in lacklustre connections if you live far away. However, Canadian company Telesat plans on having a low-earth orbit satellite “constellation” in place by 2022. Ulukhaktok’s network will be able to jump onto the constellation once it’s ready.

While it’s not impossible for a community to figure it out by itself, Mark Buell, the Internet Society’s regional bureau director for North America, said there can be stumbling blocks. Those can include figuring out how to get all the physical infrastructure up to where you live, having the skills and knowledge to set it up, and finding a satellite company to work with you.

The society, he explained, works as a sort of fixer, using its contacts to get equipment donated, find companies willing to connect the local network to the backbone, and tracking down grants to help cover costs.

Buell estimated it’ll take about $1 million, including equipment and training, to get Ulukhaktok online. The community will have to pay the satellite company after that to keep using its satellites, and the residents who will be maintaining the system. But he said the cost would be equal or less than what residents are paying for internet now, with the advantage of keeping money in the local economy.

Currently, streaming Netflix at basic quality on Northwestel’s cheapest, 10 GB package eats up about 0.3 GB an hour. In theory, and not accounting for the data you’d use loading the homepage, that means you could watch five very pixelated seasons of Futurama a month if you did nothing else on the internet, ever, with that plan. 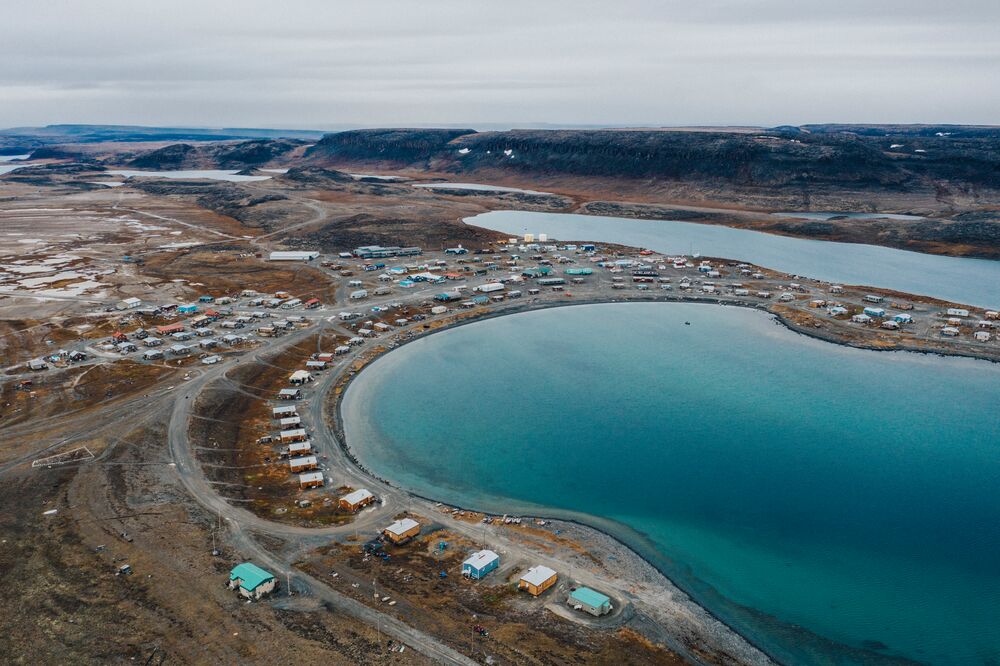 While he couldn’t say how much an equivalent internet package would cost once Ulukhaktok’s network is set up, Buell said that, at the very least, residents will be cutting out the cost of having Northwestel in the picture.

But internet access in today’s world, Buell said, is more than an arbitrary service for people to catch up on sitcoms or browse Facebook. Remote communities are the ones that benefit most from being connected—youth in towns without high schools, for example, can finish their educations via distance learning, and artists can access much larger customer bases by selling their wares online.

Websites, apps and YouTube videos are also being used more and more frequently to preserve, revitalize and share cultures and languages.

Despite the benefits, Buell said private companies aren’t often jumping to get remote communities online, or to improve their access, because of the low return on the investment. It’s economically and often geographically unfeasible to build fibre or cable lines connecting isolated locations to larger networks, and making satellite happen isn’t cheap either; just pouring the concrete platform for a dish to sit on can involve shipping materials, tools and construction workers hundreds of kilometres.

(For its part, Northwestel announced in October that it’s working on getting more terrestrial fibre networks built. It’s also signed a memorandum of understanding with Telesat as part of an effort to offer faster internet and unlimited data plans to every community in the territories.)

A place like Ulukhaktok, Buell said, is ideal for a community network—residents want better internet, and are enthusiastic about doing it themselves.

Okheena recently got to see a glimpse of what Ulukhaktok’s digital future might look like when she attended the 2019 Indigenous Connectivity Summit in Hilo, Hawai’i.

Along with workshops and training sessions, participants assisted the Native Hawaiian village of Pu`uhonua O Waimanalo put the final touches on its community network, the first in Hawai’i, before turning it on.

“I’m really happy for myself, that I decided to take on this task, and it’s just really important to me,” Okheena said. “And to be a part of something this big is incredible.”