Friday’s spacewalk began at 7:32 a.m. ET. They reached their work site on the station about an hour in to the walk. The astronauts remained ahead of the schedule throughout the walk and started on tasks originally scheduled for next Wednesday’s spacewalk.
Early during the spacewalk as Cassidy exited the space station’s hatch, his left wrist mirror detached and flew away, but it poses no risk to the crew and the walk continued as planned, according to NASA. The mirrors allow them to see aspects of their suits, like labels, switches and actuators, that are otherwise out of view. Cassidy can use the mirror on his right wrist for the duration of the spacewalk.
Both astronauts are veteran spacewalkers. This is Cassidy’s seventh venture outside and Behnken’s eighth. They will conduct a second similar spacewalk on July 1. 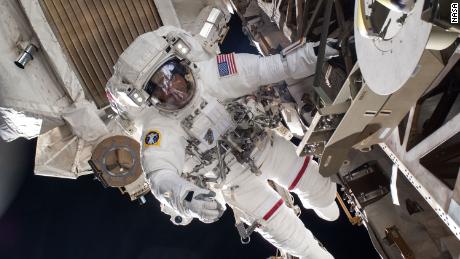 Behnken, along with NASA astronaut Doug Hurley, launched from the United States and joined Cassidy on the space station on May 31. They were aboard SpaceX’s Crew Dragon during the Demo-2 mission.
These spacewalks are the culmination of a series of power upgrades that began in January 2017 to replace nickel-hydrogen batteries with new lithium ion batteries. The new batteries arrived last month on a Japanese cargo ship. 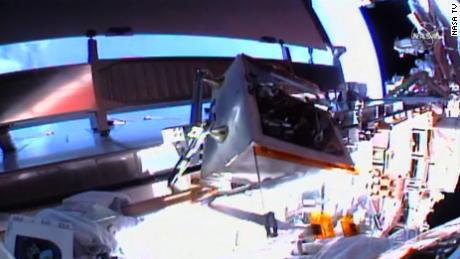 These two spacewalks will focus on replacing batteries for one of the power channels on the far starboard truss of the station.
This task, however, is nothing like replacing batteries in your remote. These batteries are large, based on the animation NASA shared in a tweet. The new batteries each have a mass of 428 pounds.
The astronauts will make several trips back and forth along the truss to remove and replace each battery, using foot restraints to help maintain their position and hand tools for adjustments.
For both spacewalks, Cassidy will be crew member I and wearing a spacesuit showing red stripes, while Behnken will serve as crew member II in a suit with no stripes. Hurley and Russian cosmonaut Ivan Vagner will help Cassidy and Behnken into their spacesuits. Hurley will operate the station’s robotic arm to support one of the two spacewalks. 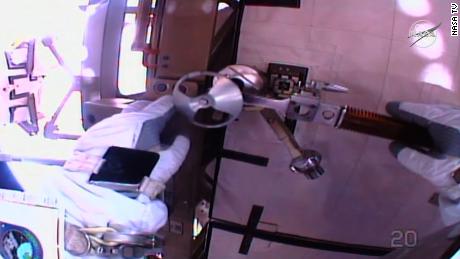 The battery replacements, which will have a 20-year lifetime, will put the station in a much better configuration for the long term, said Kenneth Todd, deputy International Space Station program manager, during a NASA press conference on Wednesday. 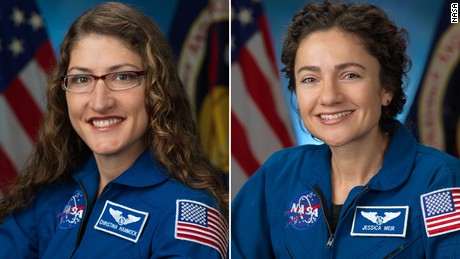 Future spacewalks over the summer will replace batteries on a second power channel.
Behnken recently discussed the spacewalk, and why it’s important to replace the batteries, during a call to the space station from CNN innovation and space reporter Rachel Crane. 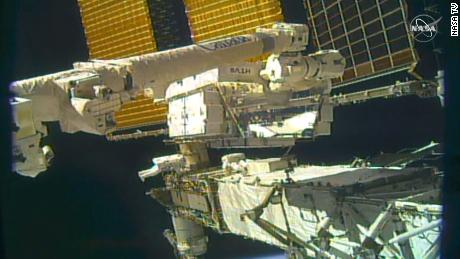 “When the space station is in the sun, it’s collecting energy and it needs to store for when it’s in the dark,” he said. “And so those batteries, as they’re cycled time and time again, they wear down and need to be replaced. And so periodically that maintenance is required.”
Behnken said he’s looking forward to another spacewalk experience. 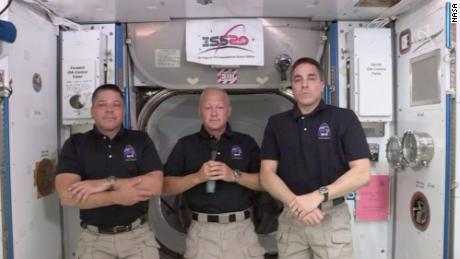 “I really look forward to the views of the Earth when we get a free moment,” he said. “I think each astronaut, when they go out on their first spacewalk, they’re really focused on trying to get all the activities accomplished and do a good job so that they can probably get a chance to do another one if the opportunity presents itself.
“But after you’ve done a couple and know what to expect as you go through it, it is important to, you know, take some mental photographs, some mental images, or remember what it was like to be outside.”

Microsoft Microsoft is getting ready to show off more Xbox Series X titles. It’ll hold an …