Chapel Hill, N.C. — When Caroline Bowers and Holden go out in public, it’s hard to get anywhere without strangers stopping to introduce themselves or ask for a photo.

It’s nothing new to Bowers. She’s used to living with a celebrity. Countless girls fawning over him. Guys, too. But she doesn’t get jealous – that’s just the price of fame.

It would be easy for the fame to go to Holden’s head, but so far he’s kept all four paws firmly on the ground. After all, he is a golden retriever.

For years, cat videos populated every corner of the internet. Funny clips of felines chasing laser pointers, leaping off beds and playing with yarn. For a while, it seemed like the peak of animal internet culture. It couldn’t get any better than a cat sporting a perpetual frown, could it?

Then the internet changed again, once platforms like Instagram took off, lending themselves to the creation of a brand new career: the “social media influencer.”

It sounds simple. Create an Instagram account, get thousands, maybe even millions of followers, then get paid the big bucks to post pictures advertising products. From workout drinks to clothing and everything in between, if there’s a product, there’s a social media influencer promoting it.

But who says opposable thumbs are needed to be a social media influencer?

Bowers and her four-legged friend, Holden the Golden, are just one of the thousands of owner-pup partnerships capitalizing on the lucrative new opportunities available through social media.

“People thought I was so weird, but now it’s the cool thing to do,” Bowers said. She admits it might have at least been a little strange, though, considering she didn’t even have her puppy yet when she first started the account back in May 2015. 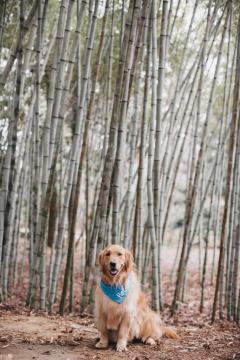 When Bowers finally got to bring Holden home the summer before her senior year at UNC, things really took off.

“Within a year it went from zero followers to about 18,000,” Bowers said. “At the time, that was really pretty impressive for a dog account because they weren’t that cool yet.”

Now, Holden’s Instagram account has more than 46,000 followers, and has become a second source of income for Bowers. On a regular basis, Bowers and Holden are approached by accounts online looking for puppy ambassadors to promote anything from canine essential oils to the Student Stores at the University of North Carolina at Chapel Hill.

“I think it could definitely be a side hustle,” Bowers said. “Even though I don’t actively seek these things out, I can still make between $150 and $900 depending on who it’s for.”

Holden’s fame has also led Bowers to create her own company, Waggin’ Tails, selling custom doggie accessories, such as bandanas and bow ties.

“It was actually Holden who got me the job,” Bowers said. “I was a biology major here and wanted to be a vet, but because of Holden’s Instagram account and how it went viral my senior year, it caught the eye of the marketing manager at the GAA.”

Thanks to a fortunately-timed opening at the university’s General Alumni Association, Bowers was offered a job, without any true professional experience in the field. But managing a social media icon isn’t as easy as it sounds, especially when they’re not a human. Gary Kayye, founder of THE rAVe Agency, a new-media creative agency, recognizes the unique skill set required to achieve large scale success on social media.

“I don’t think the average person can do it,” Kayye said. “I think in most cases it’s someone who’s really outgoing, really willing to put themselves out there and not afraid to do something different.”

Kayye has worked in marketing for over 25 years, and has seen his fair share of gimmicks, but he said the idea of social media influencers makes sense to him, even if they’re dogs. When it comes to successfully promoting products, Kayye said people want to feel some sort of affirmation through human connection.

“People trust people over brands and ads and marketing, because of the human interaction,” he said. “You trust what people say, even if you don’t know who the people are. In the case of Instagram when you’re looking at an account like that, you know it’s an actual human and not a robot.”

But as far as dog-specific social media strategies go, both Kayye and Bowers are in agreement – community is key.

“People don’t want to see the same thing over and over, they want differences and they want to feel connected to the account,” Kayye said. “That uniqueness is what people will ultimately follow and engage with. Having 3 million followers doesn’t mean anything if they aren’t engaging.”

Whether Holden’s followers have ever received one of his slobbery kisses or not, Bowers has done her best to make sure they feel like he’s their dog, too.

“I want Holden’s page to be like a community,” Bowers said. “I’ll try to comment on other dog’s Instagrams and they do mine too so we can actually keep up with each other. You have to form the connection between the dog and the follower.”

While having a dog as adorable as Holden certainly doesn’t hurt, Bowers knows there’s more to it than just the cuteness factor.

“I think it’s important to have a cute dog, but you can have the world’s ugliest dog and make it cute in videos and pictures,” Bowers said. “Every dog has their own quirks and qualities, so I think anyone can do it, but it does take a certain type of determination and skill to succeed.”

A certain type of determination and skill Emily Black thinks she has. Black and her golden retriever, Winston, are still somewhat new to Instagram, but it hasn’t stopped them from racking up likes and followers. In less than a year, Winston has amassed more than 31,000 followers. 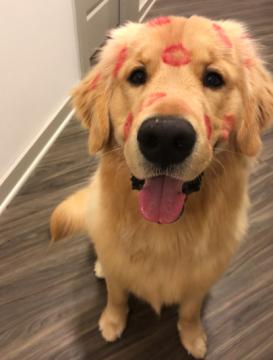 “I actually made my roommate promise she wouldn’t let me make him an Instagram account, but then I caved in,” Black said. “It took two or three months to get started, then he got shared on a bigger account and it just took off.”

Despite gaining such a massive following so quickly, Black isn’t in a hurry to cash in on her dog’s fame, mainly because of how busy she is with her own job. But, it doesn’t mean businesses haven’t tried.

“Winston gets at least 10 emails every week looking for him to advertise some form of product,” Black said. “I could make money off of him, but if I do it, I want to make sure I can do it well, and I just haven’t had the time yet.”

On top of working as an audit associate at KPMG, Black said managing Winston’s social media is like a second job in itself. Throughout the week, she tries to post at least once a day, but Black said the weekends are her time off – from both jobs.

“It’s honestly a lot of work to manage his account,” Black said. “I spend so much more time on his account than my own. I constantly have people messaging me or tagging him in posts.” 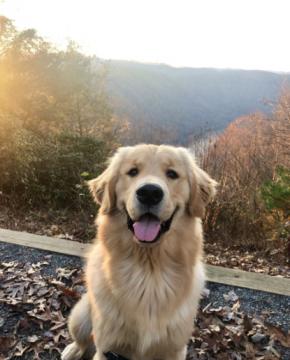 Despite how much work their dogs can sometimes be, Black and Bowers both agreed it’s worth it to get to share Winston and Holden’s happiness with the world. To them, it just means more quality time with their pets and the potential to make a little extra money on the side.

For Bowers, it’s all about striking a balance between the business side of things and Holden’s authenticity and community.

“I don’t want Holden’s Instagram account to be ad, ad, ad, because that’s not what I believe in,” Bowers said. “I believe in truly making his account fun and cute and a way to bring joy to people.”

FILE PHOTO: The logo of Amazon is seen at the company logistics center in Lauwin-Planque, …